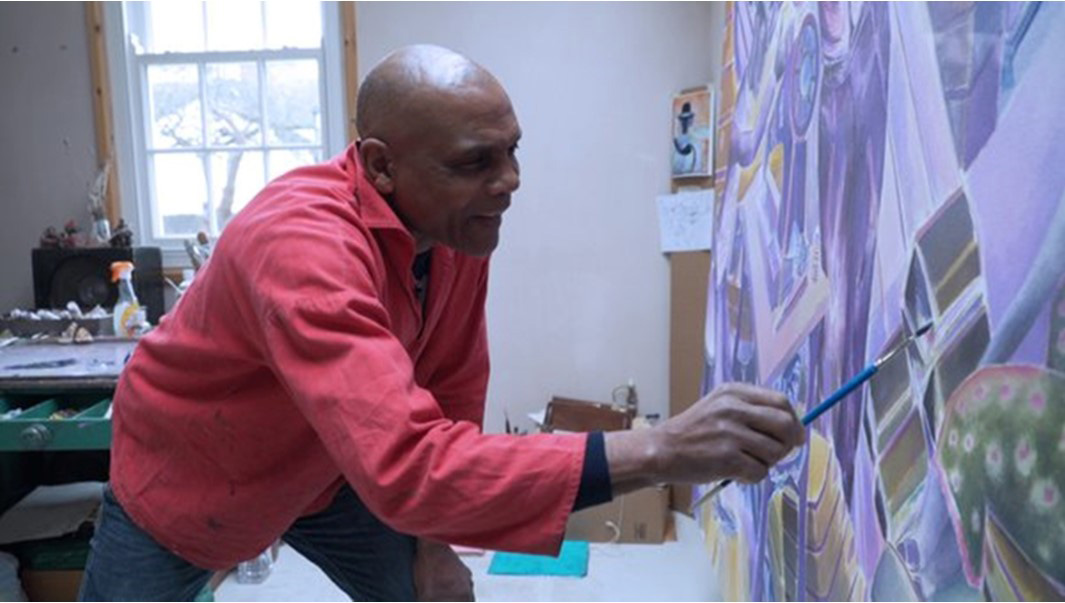 An Artist amongst us! Have you heard of Denzil Forrester, Truro Artist?
He is currently exhibiting a painting at The Tate, St Ives. This is part of the ‘Modern Conversations’ display, aimed at exploring the connections between historic artists associated with St Ives and contemporary artists from around the world.
Denzil has had an interesting life, born in 1956 in Grenada, West Indies. His world was one of carnival, colour and music. His paintings often relate to crowds, noise, and nature. He described to me so well the feelings he had when he first arrived in England as a young boy. ‘Living in London there was no nature, just a damp dark atmosphere full of houses’. He felt he was now living on a dull island a long way from the colourful island of his roots.
In the 1980’s he was old enough to visit and enjoy the blues clubs of South London and identified with the reggae music he heard there. The essence in his paintings of this era is sound, crowded smoke filled rooms, but also police sirens, stop and search and some horrific human stories. An era very difficult for black youths. His paintings capture this tension and intrusion but also provide historical record. At this time he was well known within a certain alternative scene but not the commercial gallery or museum world.
He first visited Cornwall while an art student A world away from London Denzel now has his studio and home in central Truro, living here permanently since 2016. Appreciation of his work by the established art scene has grown. He is now recognised as an important artist. His complex, edgy work being vital and relevant. His paintings have been a revelation to me they have a subtlety which I love. I recommend a visit to the Tate and finding - ‘Cottage Lover’. Karen Kitson 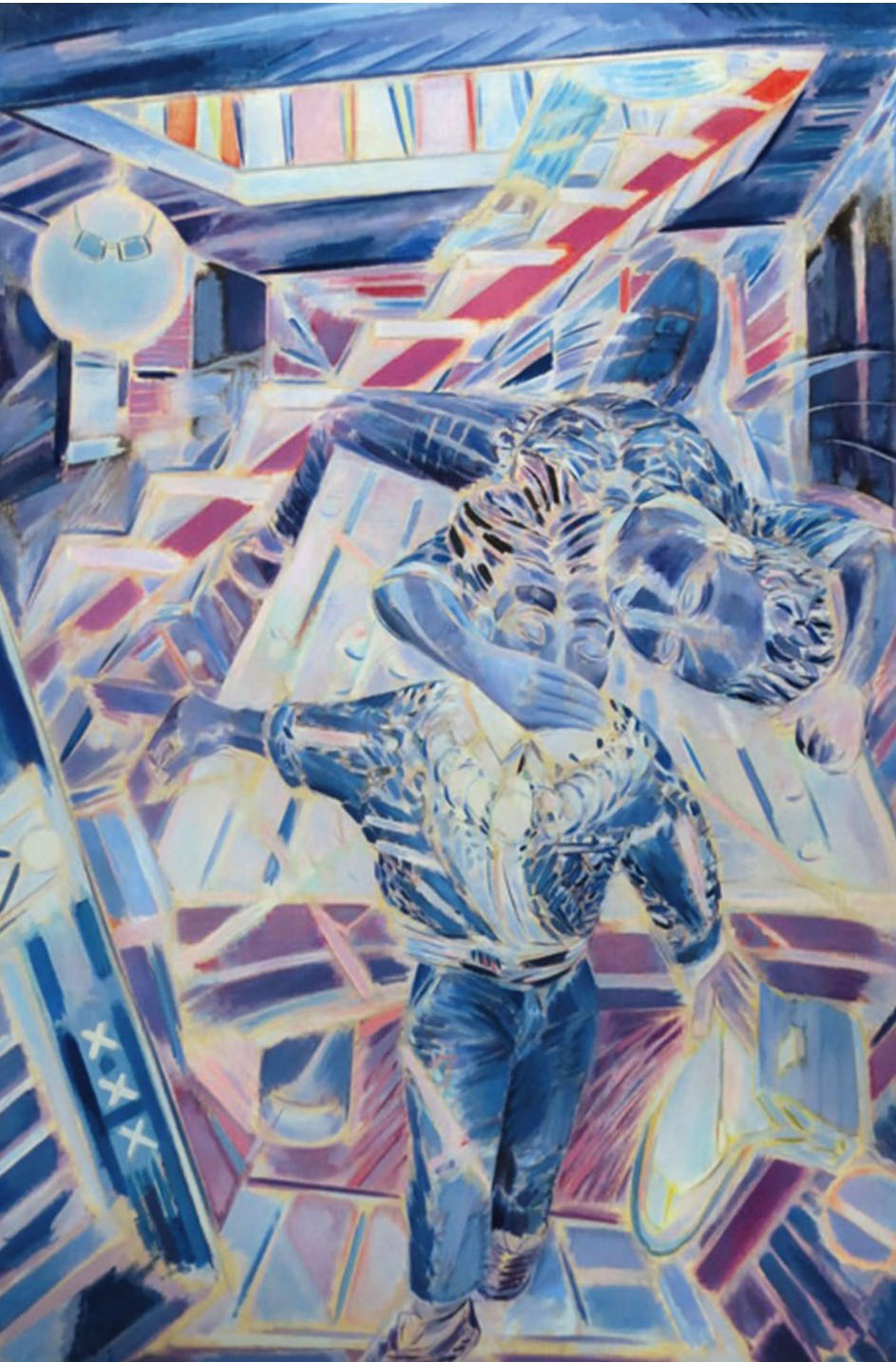